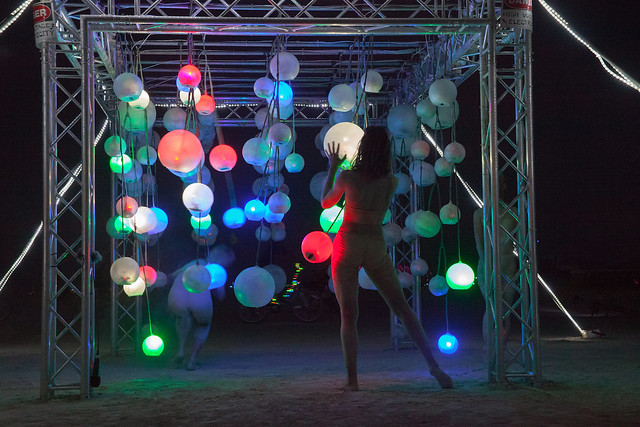 MICRO explores the small universe that is our body and mind. It consists of an 8ft x 12 ft x 8ft structure that has 200 translucent balls hanging from the top of the structure, each ball containing a speaker. When a ball is bumped into it generates a unique sound, and lights up with one of 5 different colors. As people play with the balls they are engulfed by a symphony of lights and sounds surrounding them on all sides. MICRO was an honorarium installation at Burning Man 2014.

MICRO has also appeared at

Made possible with generous support from Burning Man.